Prefer videos to reading? We've got you covered. Check out the video version below:

At present, we only share our home with our one cat Yoshi, but in the past I have had to introduce a kitten I was hand rearing to my very shy rescue cat. As you can see from the photo peace was eventually achieved!

At the beginning, there were some stressful times as I didn’t do much research prior to the introduction, as it sort of just happened. I was at work, and someone brings in a 3 day old kitten that is on the verge of dying!  He needed 24 hour care so I ended up back home with him that day. Not much thinking involved at the time!

If you are thinking of adopting another furry friend or have already done so and it’s not going as smoothly as you would like, then keep reading for advice.

Cats are independent and are most often content living alone. They are not necessarily looking for a ‘friend’ as they are not social creatures. They can however cohabit happily with other cats if the conditions are right. Introducing cats to each other in your home may run very smoothly if you give it some thought prior to making your move. In this article, I will go through the steps you can take to prevent conflicts in a multi cat household and the keys to a peaceful home.

The domestic cat “Felis catus” has evolved from the African Wild Cat. Cats are solitary hunters in nature. With the exception of lions, wild big cats don’t live in social groups. They are most active at dawn and dusk, at the time when small creatures are active and vulnerable. Cats’ territory is very important and they will try their best to defend it. They might not tolerate other cats around and may feel threatened, hide or fight.

You can see ‘natural’ colonies of feral cats where individuals are happy cohabiting with each other, rubbing and grooming one another to exchange the ‘colonies’ specific scent’. They are usually made up of related females and they still hunt individually. They will use aggression towards non-member intruders to defend their resources and territory.

Today’s cats are capable of surviving in the wild. Let’s say that if humans went extinct, cats would probably thrive as if domestication never happened!

At home, cats tend to get on better if they have grown up together from young. There’s quite a high chance that cats that meet in ‘adult’ life will be uneasy in each other’s presence.

It’s hard to tell sometimes if cats are content or anxious. They haven’t developed a complex visual cue system as they are solitary in origin. They can hide their anxiety pretty well, and may just stop doing all the things they used to do: eating, grooming, playing and sleeping.

It’s quite common for us humans to notice a problem with our furry friends a long time after the actual onset of the issue. We usually notice something is wrong when they can’t hide the pain anymore.

Your cats may seem to be ‘fine’ together, but the absence of fights between themselves doesn’t necessarily mean they are at peace with one another.

What Can Go Wrong

If you notice one of your cats staring at the other, blocking access to resources (such as litter tray, cat flap, food bowl), claiming access to humans, pouncing on sleeping cats or if one cat leaves when the other one enters, then your cats probably don’t get on. You may notice them fighting from time to time but you think it’s just once in a while so it’s not that bad. For your cats though, it may be another story.

If you notice early signs of conflict, it’s important to act promptly to avoid the development of behavioral problems and stress-related illnesses.

Urine spraying and inappropriate defecation are potential behavioral problems that may develop in a multi-cat household. One of your cats may spend increasingly longer periods outside your home. Your cats may seem weary and on high alert a lot of the time.

Stress Can Lead to Worse Problems

If tension remains over a long period of time, your cats might become chronically stressed. Chronic stress lowers your cats’ immune system and could lead to allergies or auto-immune diseases. Stress could also result in over-grooming, fur-plucking and Feline Idiopathic Cystitis (FIC). Cats are diagnosed with FIC if they have suffered from one or multiple episodes of feline lower urinary tract disease (FLUTD) and no cause has been found after a diagnostic work up at the vet practice. FIC is uncomfortable and can be very painful. FIC is more commonly found in multiple cat households. Cats carrying excessive weight, less active and indoor cats are also at risk of developing FIC (from AAFP and ISFM guidelines2).

Cats can be social with other cats but with limitations. It’s important that you do your research and that you seek professional advice before introducing a new cat to your existing furry friend.

Cats that have been brought up together from kittenhood are more likely to keep being social with each other, even if they are not related to one another. 3

Related kittens that have spent their socialization period together are more likely to live peacefully in adulthood. The socialization period of kittens is between 2 and 7 weeks of age. This is the sensitive period when kittens need to be exposed to as many positive experiences as possible in order to develop long-term developmental benefits.

Cats that are introduced during adulthood are more likely to be rivals and to compete. 3

Mother and kitten don’t necessarily get on with each other once the weaning process has finished so be cautious of keeping any offspring.

Personality is a big factor when it comes to introducing cats together. It’s best not to introduce a very confident outgoing adult cat to an already timid adult one for example.

As a general rule, it is best to avoid new feline additions to a stable social group of cats. It is hard to predict what will happen in any case.

Check out our article about how to introduce cats to each other.

How can you help your cats be more amicable?

All cats should have access to multiple resources both inside and outside your house as it will limit conflict.

Those resources need to be well placed and be easily accessible. Resources include feeding, drinking, resting, toileting, claw scratching and play areas. Each cat should have the choice of two for each resource, such as two resting places, two feeding areas, two toileting facilities. 2

Provide security and a sense of comfort…

by making sure each cat has access to a safe hiding place and has the possibility of having a high perched resting place. A safe place should have multiple accesses to it in case the other cat blocks one entry. They should each have access to a bed.

Cats should have the privacy of separate feeding and drinking areas…

in your house to prevent food competition and stress. Keep food and water away from each other as cats prefer to drink away from where they eat.

Cats should be able to avoid each other if they wish to.

In order to accomplish this, routines can be put in place so that you can spend time either playing, grooming or just petting each cat individually without intervention from the other ones. Avoid keeping them locked up in the same room at night or while you’re away at work during the day.2

This is usually an individual preference, but a fine, sandy type of litter is usually a favorite, even if they have access to the outdoors. The rule is to have one litter tray per cat and an extra one at separate locations. They should be placed in discreet places, so not next to the washing machine and not in a busy hallway.

Each cat should have the opportunity to scratch

Scratching is a natural behavior that they use for scent marking. Two scratching posts or trees per cat is ideal. Place them near entrances, beds and feeding areas.

The outdoors environment is as important as the inside of your house if your kitties go outside.

They can feel threatened by a neighboring cat so make sure that they have unlimited access to a controlled cat flap that will only let them in by recognizing their identification microchip. Provide scratching opportunities and water bowls outside, but avoid placing food outside as it could attract more cats to your garden and therefore create more competition for your cats.

Cats are independent creatures but they can live happily in a stable social group. Cats get on better if they are introduced to each other in kittenhood and are ideally related. The most important things to remember when introducing new cats is to take the personality of the each kitty into consideration, and to have enough resources for each cat involved.

Why do Cats Rub Against You Then Bite?

Why do Cats Purr? 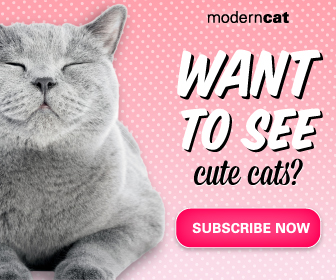